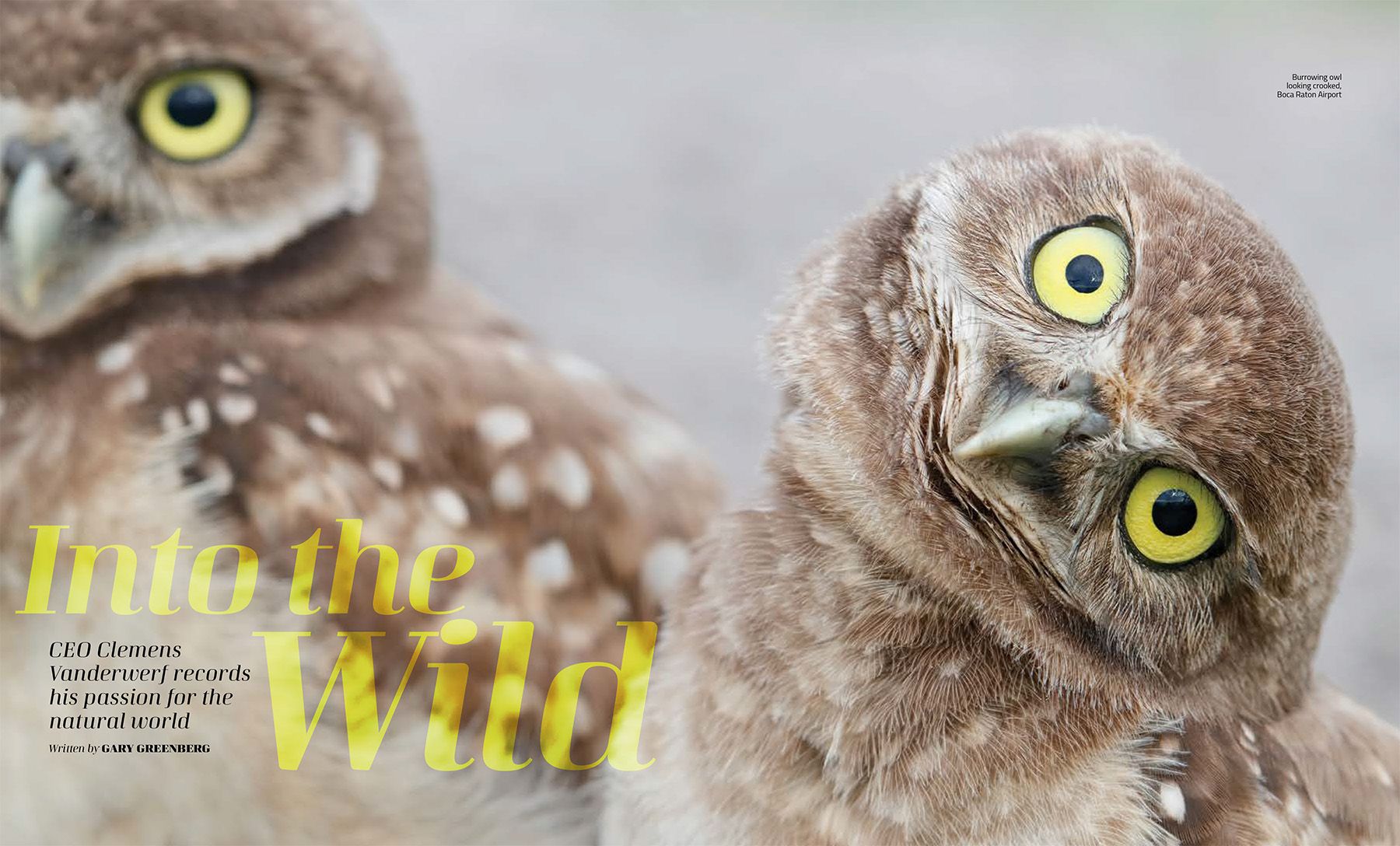 Into the Wild - Boca Magazine

Boca Magazine featured a nice article about me in there September/October 2018 edition.

Clemens Vanderwerf has two business cards. One is for his job as president and CEO of the charter aircraft company Privaira. The other is for his hobby as a wildlife photographer, a passion that takes him to some of the most remote spots on the planet to shoot pictures of birds, bears and an assortment of other creatures great and small.

A Netherlands native and business administration whiz, Vanderwerf came to Florida while running operations for a shipping company that transported oil rigs and other large equipment. That business got swallowed up by a bigger company, which then spit it out. After plans to finance a management buyout fell through, Vanderwerf went from sea to sky in 2013.

He was hired to turn around struggling Sky Limo Air Charter, which was based at Fort Lauderdale’s Executive Airport. It had been acquired by Noble Capital Markets, a Boca Raton investment company, and was rebranded Privaira after Vanderwerf took the helm.

“I knew nothing about aviation, but there were a lot of similarities with what I’d been doing,” he says. “Both businesses are service-oriented and deal with transportation, logistics and high-end clients. The only difference is Privaira is not on the water; it’s in the air.”

Privaira moved to its current home at Boca Raton Airport in 2016. The company charters privately owned aircraft ranging from small island-hopping turbo-props to large business jets, with prices ranging from $1,300 to more than $5,000 per hour of flight time. Vanderwerf oversees about 60 employees, nearly half of whom are pilots.

“My job is very dynamic,” he says. “There are a lot of variables, and you never know what’s coming your way.” The same could be said about his exotic hobby. The lanky 52-year-old Dutchman has gone to the ends of the earth to photograph wild animals in their ever-diminishing habitats. He’s been to Alaska 10 times and voyaged three times each to Antarctica and the South Georgia Islands, which are 1,000 miles off the tip of South America.

“I love to be out in nature, and I love to create beautiful images that actually mean something,” says Vanderwerf, a married dad of one. “A great image has to not only be technically good as far as exposure and composition but also evoke an emotion. I always try to tell a story with the images.”

One story he’s told is very close to home. It’s detailed in a small book of photos called The Burrowing Owls of Boca Raton Airport, and pays homage to the beloved but threatened species.

“The airport displaced a pair of burrowing owls to build something,” he says. “But they came back and had four chicks, and I documented them over a few months’ time.”

Of course, most of his images are shot in places where there are no human residents to push around the animals: a horde of king penguins blanketing a South Georgia beach; a bald eagle plucking a fish from an Alaskan lake; a yawning leopard seal lounging on an ice sheet in Antarctica; a rare pure-white “spirit” bear in the woods of British Columbia; and so much more.

Vanderwerf has won many awards for his photographs. Perhaps his most prized shot is of a brown bear sleeping on its back with one of its massive paws curled behind its head. It was chosen for a special exhibition at the Smithsonian’s National Museum of Natural History in Washington, D.C.

“For every picture, I know where it was taken, when it was taken, all of the circumstances surrounding it,” he says, gazing at a screen-saver slide show of his pictures playing on his computer at work. “So when I sit here in my office in Boca Raton and look at these images, it transports me back to that time and place. It’s a beautiful thing.” 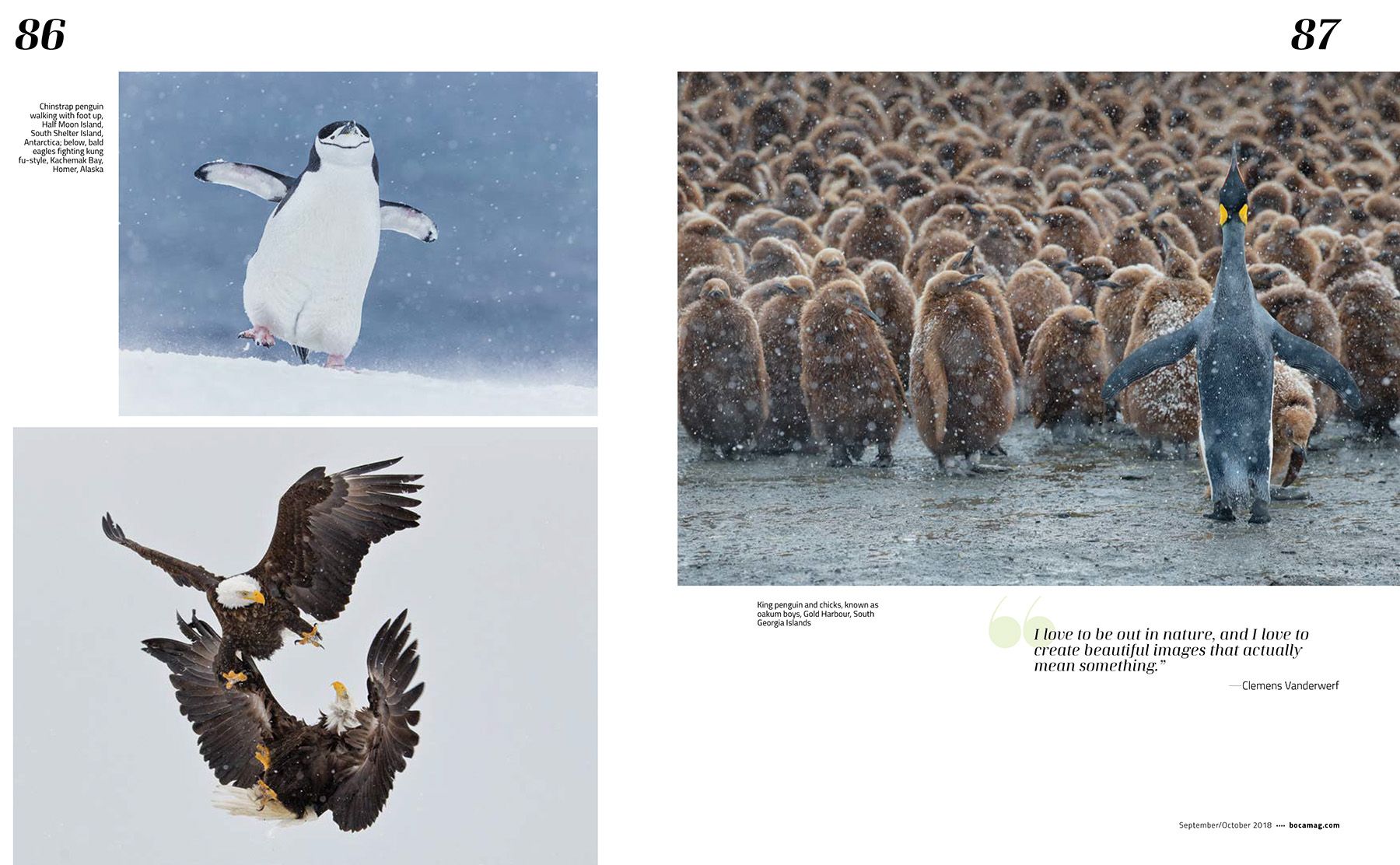 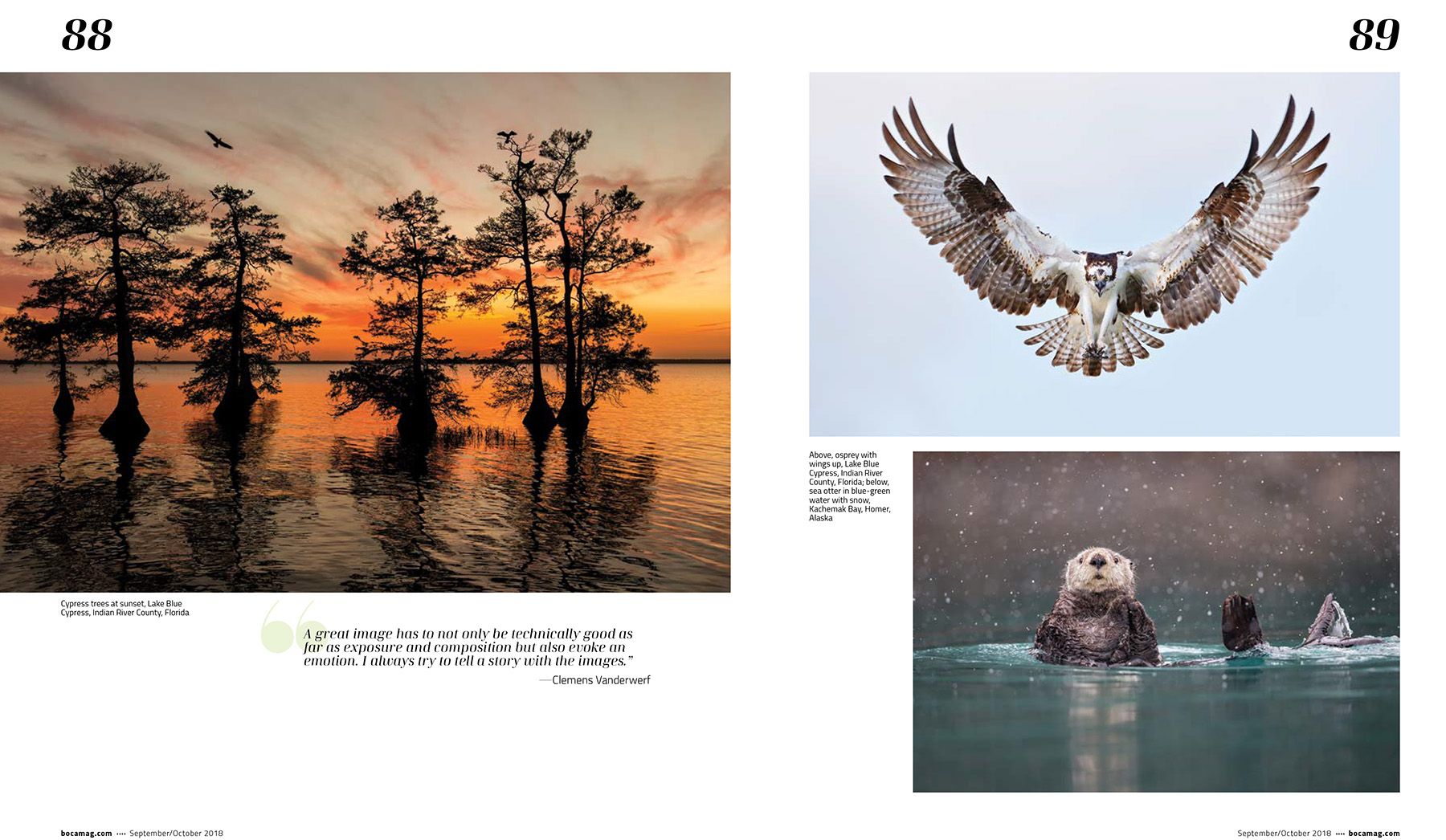 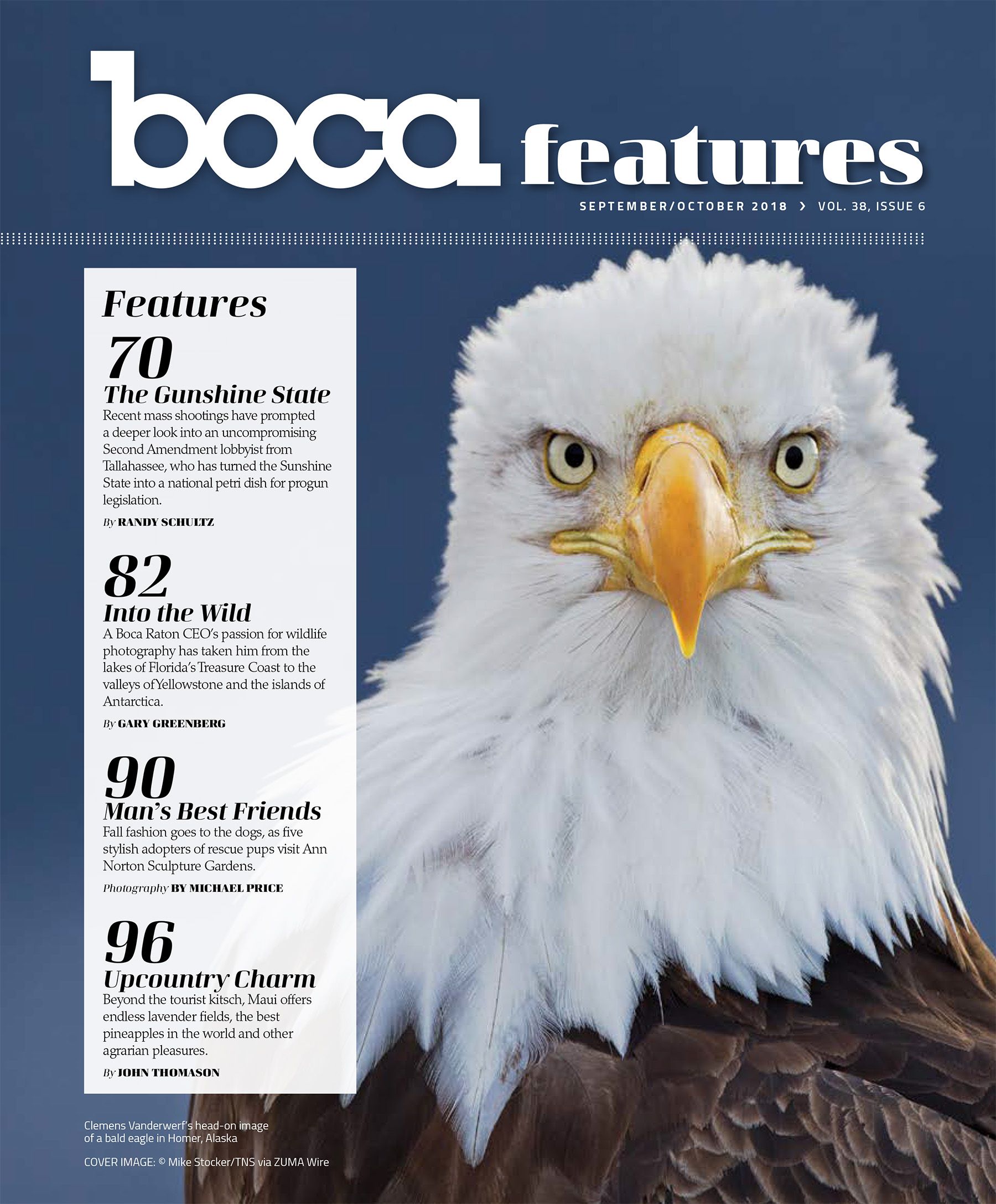